The review of Part 2 of the Legal Aid, Sentencing and Punishment of Offenders Act (LASPO), published earlier this month, leaves little to write home about but it does offer some hope with regard to the future use of damages-based agreements (DBAs).

The Ministry of Justice believes the reforms have met their overall objectives and, as such, there is no need to amend the primary legislation. However, the consultation did flag two areas of concern; the scope of qualified one-way costs shifting and the disappointing take up in the use of DBAs – two areas that we referenced in our own response to the consultation – click here

Some respondents to the pre-review consultation petitioned for an extension of the QOCS regime that LASPO introduced for personal injury claimants to apply to some other non-injury claimants. The QOCS regime currently protects personal injury and clinical negligence claimants from paying the opponent’s costs in the event of a loss. Indeed, it has long been our view that LASPO’s removal of the recoverability of ATE insurance premiums has materially affected access to justice for claimants with relatively low-value non-injury cases. An extension to the QOCS regime or a return to recoverable ATE premiums for cases below a certain damages value would help to address this issue.

The review, however, rules out any extension to the QOCS regime for the time being stating that there is “a clear risk that by extending costs protection some of the benefits of the Part 2 reforms would be undermined”. The review states that the government would “wish to be satisfied that these risks have been addressed before considering the case for extending costs protection further”. Whether the government would take into account its own view that the QOCS regime for PI cases has been a success without the manifestation of these risks in this arena in support of the argument to extend the regime to other limited case types or whether it would require some other form of proof remains to be seen.

In the absence of an extension to the QOCS regime, a form of premium recoverability for adverse costs insurance premiums for certain case types, even if it exists in a more restricted form, would be a fairer outcome for claimants whilst the government’s fears over the impact of an extended QOCS regime subsist. On balance, an increased legal bill for a small number of losing defendants in return for successful defendants recovering their costs from an ATE insurer when they win does seem a more palatable position than sweeping the loser pays rule away altogether in an environment that is much more diverse and unpredictable than the personal injury arena.

DBAs were introduced under LASPO as a funding method for civil litigation to increase funding options, however, the uptake has been hampered by the unclear drafting of the regulations and the inability of lawyers to offer hybrid arrangements.

The review found that the DBA Regulations “would benefit from additional clarity and certainty”. We couldn’t agree more. We spend much of our time talking to lawyers about DBAs and it is clear that whilst an outcome-based fee arrangement might appeal to both the lawyer and the client in a particular case, lawyers feel that there is significant uncertainty beyond the inherent fee risk involved in offering a DBA. Lawyers simply aren’t confident in drafting a DBA that complies with the Regulations as currently drafted. Whilst they are confident in drafting a CFA, the success fee expressed as up to 100% of their fees at risk does not give a firm handling a long-running and complex commercial case an adequate upside in return for the risk they are taking. As a result, many law firms stick with what they consider to be safer pricing models such as the standard hourly rate or a fixed fee arrangement. Their concerns are such that they would prefer to see significant amounts of money channeled into litigation funders by way of success fee in return for paying a portion of their hourly rate than take their chances with a DBA that may be deemed unenforceable. The news that the government will “give careful consideration” to the way forward for DBAs following the independent review of the drafting of the regulations is very welcome.

The review confirms that many lawyers are keen for the ban on hybrid DBAs to be lifted so that the law firm can receive some fees during the life of the case. Some respondents to the consultation stated that there is no reason for this restriction since the same effect can be created through litigation funders who are willing to pay some of the lawyers’ fees incurred under the DBA in return for a share of the lawyer’s success fee. Others stated that there is no need to lift the restriction for the very same reason. The significant cost of such a funding arrangement, however, is an obvious disadvantage to the law firm but also potentially disadvantages the claimant because the use of third-party funding, whether directly with the claimant or behind a law firm acting under a DBA, can increase the amount taken from the claimant’s damages.

The review does not, however, make mention of DBA insurance, which provides a useful halfway house for law firms willing to take some risk alongside an indemnity for the remainder of their fees in the event of a loss. Such insurance is available at a significantly reduced cost when compared with litigation funding and is a more commercial solution for law firms that want to hedge some risk but do not need actual cash flow assistance. Those who do need to receive some fees on an ongoing basis can then use the insurance to underpin a financial arrangement on far more commercial terms than will be offered by a non-recourse litigation funder.

For now, lawyers will have to make do with the litigation funding and insurance options that have been developed to facilitate their ability to offer a full DBA but we look forward to reading Professor Rachael Mulheron and Nicholas Bacon QC’s independent review of the drafting of the DBA Regulations expected to be published later this year.

This article has been written for the Practical Law Dispute Resolution blog. 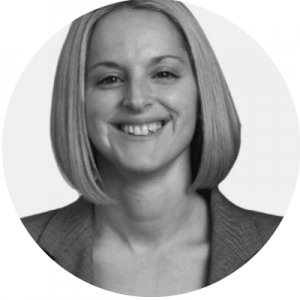