On 17 April 2019, the High Court handed down a judgment that is likely to have significant repercussions for the commercial litigation funding industry.

It was found that a third-party funder was liable for all of the defendants’ costs incurred in successfully defending a funded claim, from the date on which the funding agreement was entered into. The court declined to apply the so-called ‘Arkin cap’ to limit the funder’s liability for adverse costs to the amount of the funding provided to the claimant: Davey v Money v ChapelGate [2019] EWHC 997 (Ch).

Since 2005, litigation funders have been protected from having to pay the full amount of the successful party’s legal costs. In Arkin v Borchard Lines Ltd [2005] EWCA Civ 655 the Court of Appeal, by what has come to be known as the “Arkin cap”, limited the extent of the funder’s liability to the extent of the funding provided. In Arkin, the Court of Appeal said that where a funder has funded an unsuccessful claim, it can be liable for the costs of the successful party, but its liability will be limited to the amount of the funding it provided.

The Court in Arkin was concerned to strike a balance between not depriving a successful party of all of his costs and not deterring commercial funders by the fear of disproportionate costs consequences. The ‘Arkin cap’ has, however, been the subject of significant criticism since then. The key criticism being that it is wrong that a funder “which stands to recover a share of damages in the event of success, should be able to escape part of the liability for costs in the event of defeat” (Final Report of the Review of Civil Litigation Funding, December 2009).

In Davey, Mr Justice Snowden concluded that the Court of Appeal had not intended the ‘Arkin cap’ to apply in every situation. Nor was it intended to limit a court’s wide discretion when considering costs orders against a non-party. As a result, the court was free not to apply the ‘Arkin cap’. This is the first decision directly declining to apply the cap on funders’ liability in respect of post-litigation adverse costs.

The court rejected an argument that its refusal to apply the ‘Arkin cap’ would discourage funders to provide funding in the future, and therefore adversely affect access to justice. The judge commented that he was not inclined to accept the proposition that, 14 years after Arkin, the commercial litigation industry would be unable to factor into its operations the possibility that, in an appropriate case – especially one involving an award of indemnity costs – the ‘Arkin cap’ might not be applied. In fact, Mr Justice Snowden commented “if the possibility that a funder may not be able to take advantage of the Arkin cap causes funders to keep a closer watch on the costs being incurred, both by the funded party and the opposing side, and if careful consideration is given to employing the mechanisms in the CPR to limit exposure to adverse costs in an appropriate case, I do not see that as contrary to access to justice or any other public policy.”

Following the handing-down of the main judgment in Davey on 11 April 2018, the Defendants’ total costs claimed were in the region of £7.5 million.   The defendants sought a non-party costs order against the claimant’s commercial funder, ChapelGate Credit Opportunity Master Fund Limited (“ChapelGate”), under section 51 of the Senior Courts Act 1981, which gives the court a broad discretion to “determine by whom and to what extent” the costs of proceedings are to be paid.

It was a condition of ChapelGate’s funding agreement that the claimant would obtain after-the-event (ATE) insurance to cover adverse costs. The claimant did not obtain such cover and the funding agreement was subsequently amended to waive that condition and reduce ChapelGate’s total funding commitment by half to £1.25 million.  ChapelGate then purchased ATE cover in the sum of £650,000 to limit its own exposure to adverse costs.

ChapelGate accepted that a non-party costs order should be made against it and that it should be on the indemnity basis, as per the order made against the claimant, but argued that its liability should be limited per the ‘Arkin cap’ to the overall amount of funding it had provided to the claimant.

Mr Justice Snowden said he accepted the defendants’ submission that the Court of Appeal in Arkin “should not be taken to have been intending to prescribe a rule to be followed in every subsequent case involving commercial funders” and held that ChapelGate should be liable for the full defendants’ costs incurred after the date of the funding agreement.

He decided that the comments of the Court of Appeal in Arkin “should not be taken to have been intending to prescribe a rule to be followed in every subsequent case involving commercial funders” and indicated that it “was simply setting out an approach that it envisaged might commend itself to other judges exercising their discretion in similar cases in the future”.

He commented that the ‘Arkin cap’ should be considered “as a means of achieving a just result in all the circumstances…but I do not think that it is a rule to be applied automatically in all cases involving commercial funders, whatever the facts, and however unjust the result of doing so might be”.

In coming to his decision, Mr Justice Snowden commented that the imposition of a non-party costs order under section 51 is ultimately a matter of discretion to be exercised on the basis of what is just in all the circumstances of any individual case and took the following points into account:

It was also relevant that ChapelGate had negotiated to receive a substantial commercial profit which would have taken priority over any compensation payable to the claimant. The judge commented that the extent to which a funded party is afforded access to justice by retaining a financial interest in recoveries, and the extent to which the funder seeks to obtain a profit, may well be relevant factors in considering any costs order against a funder. The judge accepted that the claimant’s access to justice “came a clear second to ChapelGate receiving a significant return on its commercial investment”, and therefore ChapelGate was the party with the primary interest in the claim.

Therefore, the case suggests that relevant factors are likely to include the relative financial interests of the funder and the funded party in any proceeds of the litigation.

This is a first instance decision and may be subject to appeal.

As a result of this decision, funders that fund an unsuccessful claim are now potentially exposed to the full amount of a successful party’s legal costs. Some funders already factor this in to their financial modelling, however, it is likely that this will lead those that don’t to ensure that they have sufficient ATE insurance to protect against this potential increase in exposure. This, in turn, is likely to lead to an increase in the cost to the client.

When assisting your client to obtain adverse costs insurance to sit alongside a litigation funding agreement, it is vital that you ensure the adverse costs policy meets the needs of the client, even if it is being obtained to protect the funder against the risk of a third-party costs order as a prerequisite to the litigation funding arrangement. This may seem obvious, but it is particularly important to bear this in mind when relying on the funder to arrange the insurance on the client’s behalf. 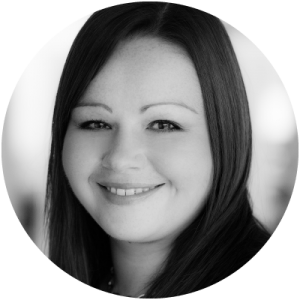